uvex is expanding the uvex 2 safety footwear series to include new attractive models in the S1 P and S3 protection classes including with VIBRAM® rubber sole designs and GORE-TEX® fabric; at the same time, the company is delighted about being awarded the "Plus X Award" for "Best Product 2017" in the Tools category. For the fourth time running, an independent specialist jury has attested to the impressive uvex 2 product concept – a concept that is unique to the market for personal protective equipment (PPE), sets new standards for safety footwear in line with the slogan "Winners at Work – uvex 2 – Pushing the Limits" and covers a whole host of application areas. 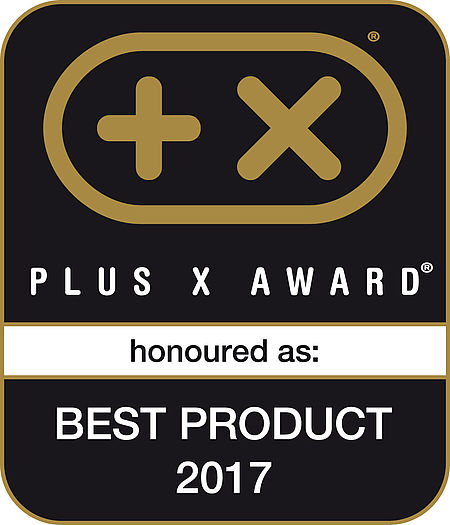 New range of models and sole designs
The uvex 2 series comprises four models featuring a high-tech microfibre shaft (boots, shoes, perforated shoes and sandals) as well as two models with a high-quality leather shaft (shoes and boots) in S1 P and S3 designs. Every version is available with a PU/PU outsole as well as a VIBRAM® rubber outsole. Two GORE-TEX® versions are also available (shoes and boots). Every model fulfils ESD requirements and is completely metal-free.

We focus on achieving outstanding ergonomics
Within the framework of the uvex i-gonomics PPE product system, the focus when developing the uvex 2 concept was on significantly reducing the level of stress on users' musculoskeletal systems in the workplace according to ergonomic principles. As such, the uvex 2 safety footwear series stands for ease, outstanding damping properties and stability for feet as well as excellent climate control characteristics when wearing the footwear for long periods of time. Solutions tailored to orthopaedic requirements are available in accordance with DGUV (German Institute for Occupational Health and Safety) regulation 112-191 and Austrian ÖNORM Z regulation 1259 on request.

Suitable for a wide range of applications
The robust yet stylish uvex 2 safety footwear series has been designed for moderate and demanding applications in sectors such as energy, transport and logistics, the chemicals industry, airport services, mechanical engineering, trade and ancillary construction trades.

Other accolades
With the two Plus X Awards in 2017 and 2016, uvex 2 safety footwear is up on the winner's podium once again following the win of an IF Gold Award in 2016 and after the honour of receiving a Special Mention from the German Design Award in 2016, with the series offering the most-awarded safety shoes on the market.

The uvex group brings together three globally active companies under one roof: the uvex safety group, the uvex sports group (with uvex sports and Alpina Sports), and the Filtral group (Filtral and Primetta). The uvex group is represented in 22 countries by 48 subsidiaries but chooses to do most of its manufacturing in Germany. Two thirds of the company’s 2,700-strong workforce is employed in Germany. uvex is a global partner to international elite sport and equips a host of top athletes. The motto protecting people is at the heart of the company’s activities. uvex develops, manufactures and distributes products and services for the safety and protection of people at work, in sport and for leisure pursuits.