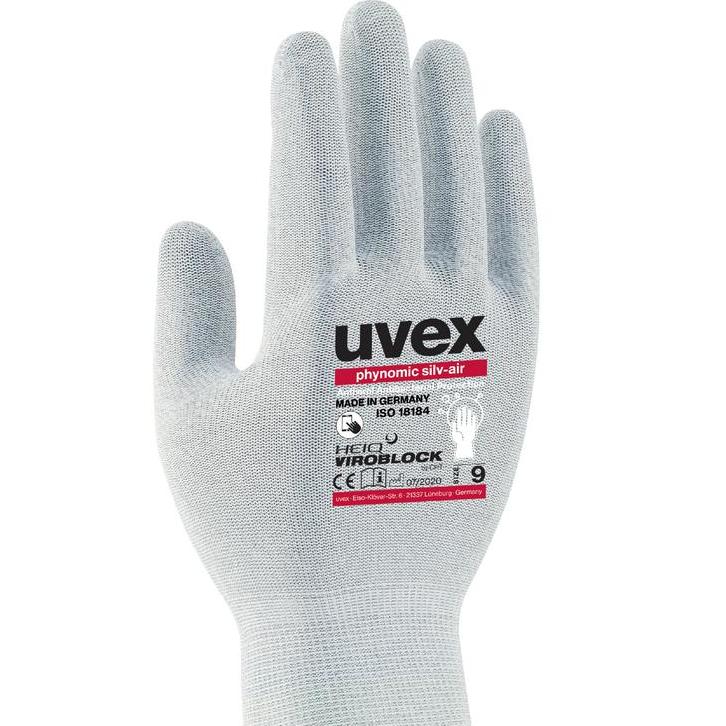 As well as providing protection against pathogens when worn by themselves, our uvex phynomic silv-air gloves can also be worn as glove liners under disposable gloves. Not only do the uvex phynomic silv-air gloves feature the revolutionary textile technology HEIQ VIROBLOCK by CHT, they are also reusable. The gloves can be washed up to five times on a normal wash² without the protective function being impaired. 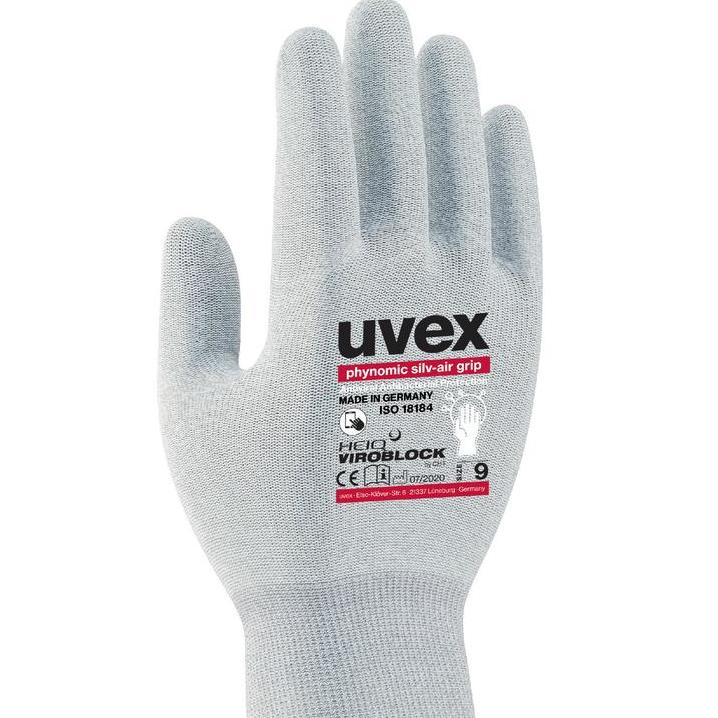 Inactivates 99.9%¹ of viruses and bacteria after five minutes 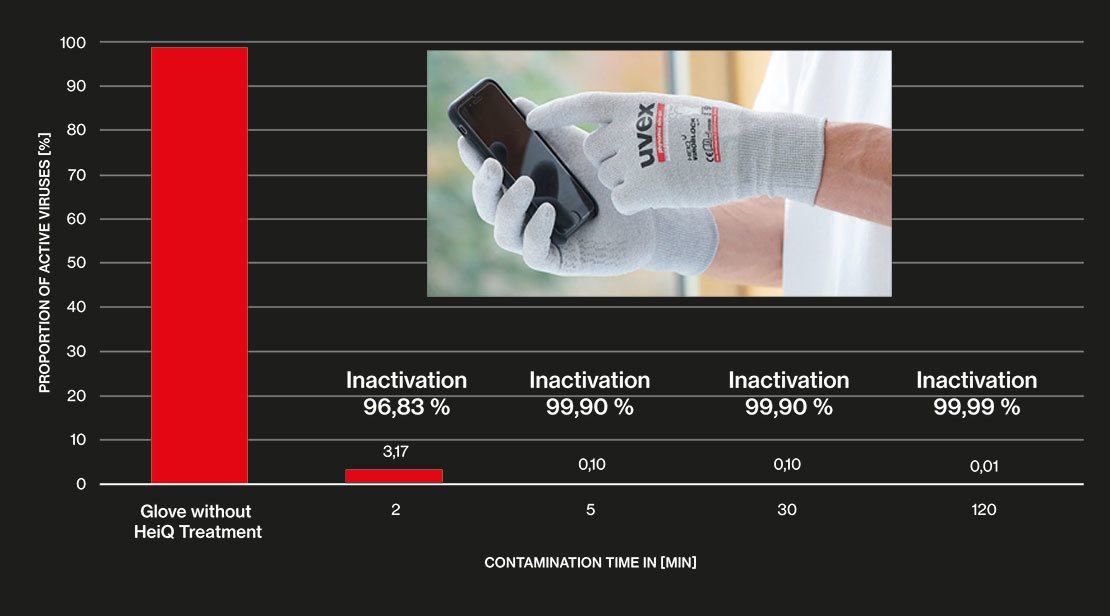 uvex gloves can break the chain of transmission in contact infections

By inhibiting the spread of bacteria and viruses and destroying them within minutes, the gloves help to reduce their transmission. As a result, contact infections can be minimised. Those who wear uvex phynomic silv-air safety gloves are therefore better protected against the pathogens that collect on the palms of your hands from everyday objects such as shopping trolleys, door handles and gym equipment. By wearing these gloves, you are also protecting other people because you reduce the risk of transferring pathogens onto other surfaces. This reduces the risk of bacteria, viruses and other pathogens being transmitted via hands and objects and ultimately being absorbed by the mucous membranes in the mouth, nose and eyes, causing others to become infected.

We recommend the uvex phynomic silv-air safety gloves in the following situations:

In a retail setting, as a retail worker or customer

When working in the logistics sector

When working in the food & beverages sector, catering, canteens

When travelling on public transport

Suitable areas of application for our uvex phynomic silv-air gloves